Olivier Giroud closing in on a permanent move to AC Milan; Serie A club will pay Chelsea a £1.7m (2m Euros) fee for France international striker; Giroud signed one-year extension at Stamford Bridge last summer, and club took up the option to extend it by a further year in June 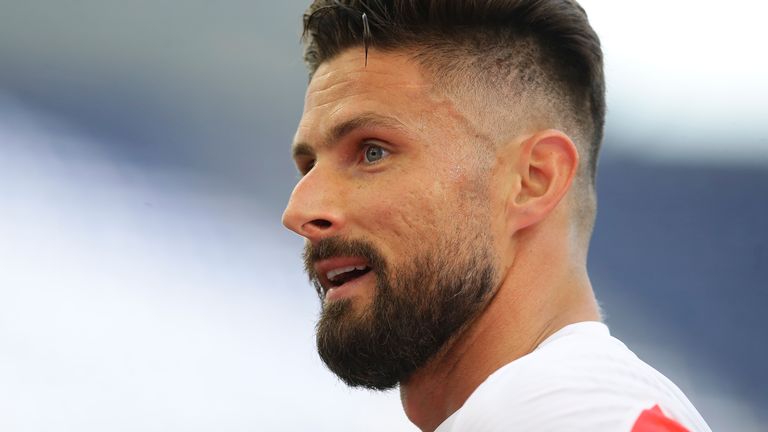 Chelsea are close to agreeing a deal worth £1.7m to sell Olivier Giroud to AC Milan.

As first reported by Sky in Italy, the 36-year-old France international is set to travel to Italy for a medical before signing for Milan in a €2m deal.

The Serie A side are set to pay an initial fee of £860,000 (1m Euros) plus another £860,000 in add-ons depending on the player’s appearances and the club’s qualification to next season’s Champions League group stage.

Giroud signed a new one-year deal at Chelsea last summer and last month the club took up an option to extend it by a further 12 months.

Arsenal sold Giroud to Chelsea for £18m in January 2018, six years after signing him from the Ligue 1 title-winning Montpellier side for £10.8m

The striker has scored 39 goals in 119 appearances during his time at Stamford Bridge, winning three major trophies, including the Champions League title in May.

Giroud was involved in France’s disappointing Euro 2020 campaign as they were knocked out by Switzerland on penalties at the round of 16 stage following a 3-3 draw after extra-time.

AC Milan have already signed Fikayo Tomori from Chelsea this summer, as they activated their £25m option to buy the young defender following a successful six-month loan spell, and are interested in Hakim Ziyech and Tiemoue Bakayoko.

The Italian giants finished second in Serie A last season, securing a return to the Champions League following a seven-year absence.

Did you enjoy this article, login to support this author.
Share